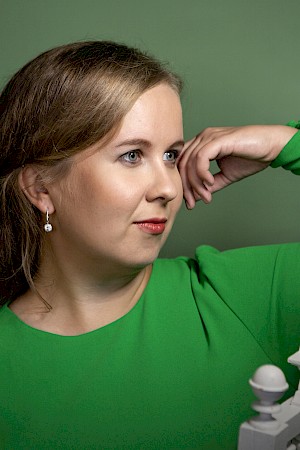 Renaissance and Baroque music from England

During the reign of Elizabeth I (1558–1603), England became a European superpower. Its domestic policy was, however, shadowed with religious struggles between protestants and catholics. But during the latter half of the 16th century, the arts prospered nonetheless, and during those golden decades, consorts by Anthony Holborne, lute songs by John Dowland, and harpsichord music by William Byrd were born.

Throughout centuries, the geographic isolation of the British Isles from continental Europe and its simultaneous internationality have influenced the culture of the area. 17th century English music reflects these two opposite tendencies well. The stormy century was divided by a civil war and a consequent short period of republicanism, whose strict religious atmosphere paralysed cultural life, too. When monarchy was reinstated, the theatres opened their doors and music was played again. The court, returning from exile, brought with it new continental impulses that had fruitful effects on the musical life. The French and Italian influences blended naturally with the British traditions and gave rise to very original music.

Matthew Locke, who worked at the English court, is best known for his masques and theatre music. Locke’s successor at the court was Henry Purcell. The talented Purcell died young, but his production is the finest example of the encounter between continental influences and British culture, and he is considered the most significant English composer of the 17th century.

The events in the series Baroque in the Kalasatama Night will be filmed, and the material will be used for marketing and communication in various channels by the city of Helsinki.